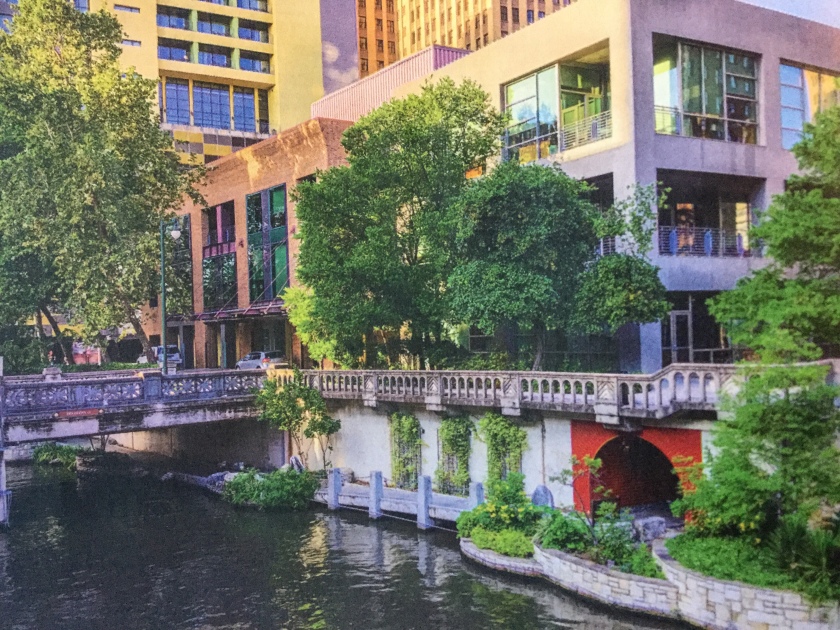 September 8, 2018 familiesontheroad Family Adventures Comments Off on 10 Things to do with your family in San Antonio, Texas

San Antonio’s centerpiece is the River Walk, where stone walkways and restaurants line the San Antonio River flowing through the city center. Set below street level, this is a beautiful area with calm waters, graceful bridges, birds, and plenty of shade from large trees that tower over the banks. Most people come down here for a stroll, or to enjoy a meal on one of the outdoor patios. One of the most relaxing ways to experience the River Walk is from the comfort of a barge on a guided tour or dinner cruise. The barges that cruise the river can hold up to 40 passengers on a basic sightseeing cruise. For dinner cruises, the barge is set with a large table in the center and can accommodate up to 20 guests. These slow-moving boat tours are a wonderful escape from the hustle and bustle of the city and a great opportunity to rest your legs after a day of sightseeing.

The Alamo is one of the most important historical sites in the United States and a must-see attraction if you are visiting San Antonio. The Alamo was part of the mission station established here in 1718, its church built by Franciscans in 1744. In 1836, the Battle of the Alamo, one of the most famous battles in US history, played out here, when a small force entrenched themselves in the Alamo against a Mexican army of 3,000. All the defenders were killed, including legendary figures Davy Crockett and James Bowie, in a battle that some estimate may have lasted only twenty minutes. The Alamo soon became the cradle of Texan independence, and the phrase “Remember the Alamo!” became a battle cry. The former mission is now a National Monument and UNESCO World Heritage Site.

In 2015, the San Antonio Missions were named a UNESCO World Heritage Site, the first such designation in the state of Texas. The five missions, including the famous Alamo (Mission Valero) were built in the early 1700s, established by the Franciscan Order in an effort by Spain to colonize and evangelize the region. Today, they are one of the city’s greatest tourist attractions. If you have time to see only a few of the missions, be sure to see the Alamo, Mission San Jose, and Mission Concepción. The remaining two include Mission San Juan and Mission Espada. The Mission Trail connects the missions.

Most people drive between the missions, but if you want to combine a little outdoor activity with your sightseeing, consider biking between the missions. With a full day and the help of the city’s bike share program, you can bike all the way from the Alamo in downtown to the other four missions on an eight-mile one-way ride or a 16-mile return trip. The Mission Hike and Bike Trail, which runs along the river and up to the missions, is both scenic and informative and a lovely way to spend a day. The city’s BCycle makes the transportation part easy, with bike stations that accept credit cards spread out along the route, where you can pick up or drop off a bicycle in 30-minute intervals. Day passes or seven-day passes are available. There are stations at all of the missions, so if you have two vehicles, you can park one at either end of the trail and bike in one direction, stopping at the missions as you go.

Famous as the burial site of the heroes of the Alamo, the Roman Catholic San Fernando Cathedral (Church of Nuestra Señora de la Candelaria y Guadalupe) is one of the oldest cathedrals in the US and is listed on the National register of Historic Places. The walls of the original church, completed in 1750 and built by settlers from the Canary Islands(hence the painting of the Virgin of Candelaria), now form the cathedral’s sanctuary.

The cathedral is on Main Plaza, and in the evening, it becomes the stage for one of San Antonio’s most visually compelling attractions, known as The Saga. Offered free of charge every evening, this video art installation, created by Xavier de Richemont, is a 24-minute video, with choreographed music and narration, projected after dark onto the side of San Fernando Cathedral. A 7,000-square-foot projection highlights the history and progression of San Antonio through an amazing display of colorful images and Surround Sound.

Less than 30 minutes from San Antonio is Natural Bridge Caverns, the largest commercial caves in Texas. These spectacular caves are known for their huge open rooms but they also have narrow passages and interesting formations. Two types of cave tours are available and take approximately 70 minutes. But there are plenty of things to do here other than just touring the caves, and if you’re looking for more of an adrenaline rush, try the Canopy Challenge, a course of platforms and ladders 60 feet above the ground, as well as ziplines. Younger children can also get in on the action with the Canopy Kids Course. Another above ground option at the caverns is a gem and fossil mining experience that allows kids or adults a chance to see how miners panned for gold and find and identify their own gems in mining rough. Also here is a maze and a place to buy souvenirs, food, and fresh fudge

The Pearl is a trendy historic district of San Antonio, with lovely restored buildings, unique shops, and a reputation for great cuisine and hip restaurants. On weekends, the Pearl is home to a lively farmers market, with vendors from a 150-mile radius of the city set up at tables on a pedestrian-only street, selling fresh produce, baked goods, sauces, and other specialties.

The Pearl district has become synonymous with great cuisine and wonderful dining experiences. While fine dining is a term that comes to mind, the restaurants here are not all about white tablecloths and expensive entrees. This area is about atmosphere and tasty dishes. The Pearl is also home to a Culinary Institute of America campus, one of only three such campuses in the United State. The CIA, as it is more commonly known, has strong ties to this area, and its signature restaurant, the Nao Latin Gastro Bar, is located here. If you are having trouble choosing between the restaurants in this area, consider a progressive meal, with appetizers at one restaurant, dinner at another, and dessert at a third.

Market Square is the place to go to find unique items and souvenirs. This three-block strip of shops and restaurants is known for being the largest Mexican market in the United States. The indoor El Mercado sells everything from sombreros to pottery. Locally owned shops display handcrafted art works and all kinds of interesting items that range from paintings and dolls to blankets, jewelry, ponchos, dresses, shoes, musical instruments, and much more.

When you’ve had your fill of shopping, check out Mi Tierra Café Y Panadería for lunch, dinner, a treat from the bakery, or simply to have a look around. This restaurant is a San Antonio institution that has been in operation by the Cortez family since 1941 and is the size of an entire block. Open 24 hours a day and serving Mexican food, this one-of-a-kind restaurant is elaborately decorated with Christmas lights and fiesta flags and includes a bakery counter, with baking done right on-site. Musicians stroll through the restaurant for added atmosphere. Be sure to see the huge mural on one of the dining room walls showing famous people and members of the Cortez family.

About 40 minutes northeast of San Antonio is the town of New Braunfels, with charming historic areas and country music performances by some of the biggest names in the industry. The Gruene Historic District is one of the main highlights, with an old Grist Mill that has been converted into a beautiful riverside restaurant and the famous Gruene Hall, the oldest dance hall in America. Today, this building is still in operation, with live music performances every day. Garth Brooks, Willie Nelson, and George Strait are just some of the performers who have graced this small stage over the years. Also not to be missed is the General Store, which looks like it might have been transplanted here from a whole other era.

If you are visiting during the summer, there are all kinds of things to do, including tubing down the Guadalupe River. On hot days, the river is almost clogged with tubers floating along, enjoying the sun. You can also combine a trip to New Braunfels with a stop at Natural Bridge Caverns for a full day adventure.

There’s no shortage of kid-centric fun in San Antonio. One of the most popular outings for families with children is the San Antonio Zoo and Aquarium, a 35-acre site with some 3,500 animals from 750 species. In addition to the animals, the zoo also boasts a narrow gauge railroad, the San Antonio Zoo Eagle, as well as a fun carousel. Also worth a visit for animal lovers is the Natural Bridge Wildlife Ranch, a “drive-through” safari with more than 50 free-roaming species from around the world. Six Flags Fiesta Texas, another tourist attraction designed with kids in mind, is a theme and water park set in a former rock quarry, complete with traditional rollercoasters and wilder rides for those with stronger stomachs. Another popular wet park is Splashtown San Antonio, with more than 50 rides, slides, and other attractions.

Just an hour away from San Antonio, the small town of Bandera proudly calls itself the “Cowboy Capital of the World.” This is a place that truly embraces cowboy culture, with rodeos, dude ranches, and country music. If you are looking to enjoy some outdoor fun, Bandera is the answer, with ranch tours, horseback riding, golfing, and rodeo and music shows. You can even try living the cowboy lifestyle by staying at a guest ranch. 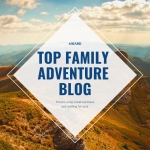